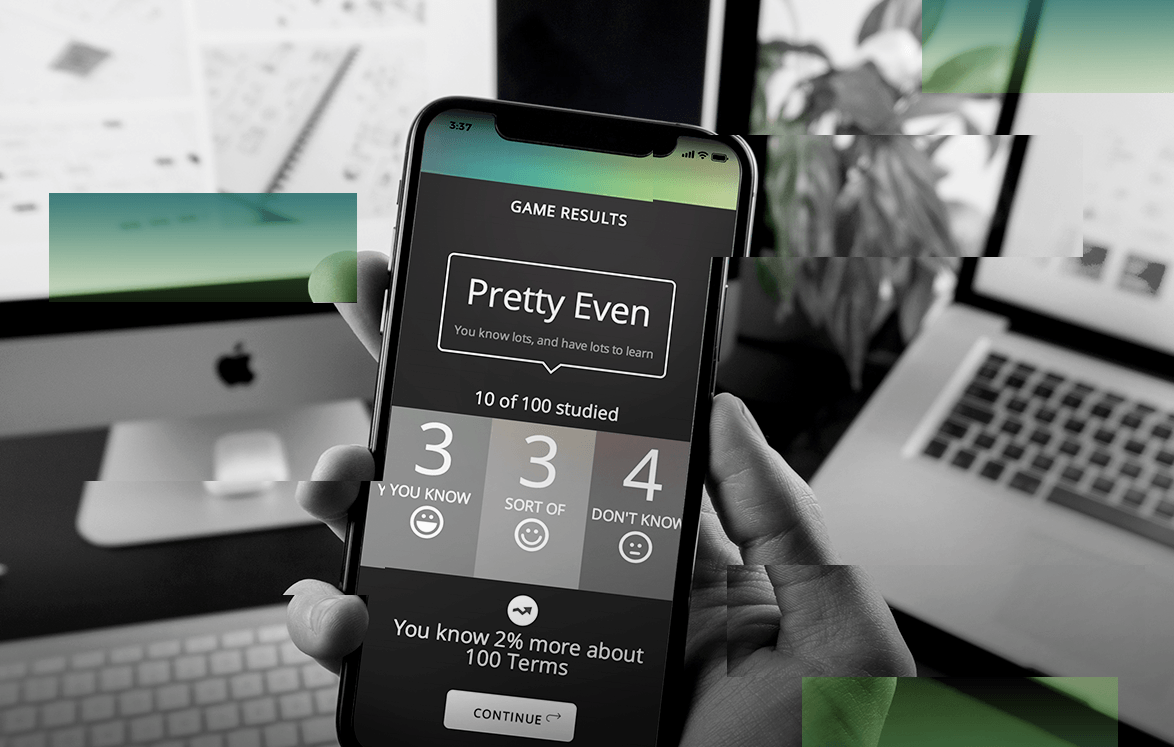 Discovery: innovation as the solution

Going through the onboarding process on a new company is always challenging. Right off the bat, you need to understand some business dynamics, such as: the internal processes, workflows, and the routines that all other employees are already used to performing.

At the same time, you need to assimilate the new tasks you will be expected to perform and memorize the names of others working in the department as quickly as possible. If you are able to do that, you will most definitely cause a positive impression and prove that you are up to the challenge.

While all this is happening, you also need to learn the company language, the jargon that everyone uses everyday and sounds like a foreign language to a third party.

Doesn’t that seem like a lot of information to assimilate at the same time?

Now imagine this profusion of expressions, terms and abbreviations in the hallways of a company that is a global leader in developing solutions for smartphones, processors and wireless routers, which has more than 30,000 professionals in almost 140 cities across all continents. In fact, the company realized that the complexities of their internal team’s communication and processes were hampering the newcomers onboarding.

For this reason, the company decided to investigate what could be done to reduce new hires anxiety and optimize their onboarding experience.

Instead of requiring the new hires to go through hours of training and absorb an avalanche of information at once, the company opted to innovate and invest in mobile learning. They’ve decided to develop an app that would allow users to learn at anytime, from anywhere all they needed to know to execute their jobs with mastery.

In order to achieve this objective, the company decided to bring Bravi onboard as a partner that  already had extensive experience in developing educational apps.

Together, Bravi and the client had the mission to implement a solution that would answer the following questions:

Language: How could new employees quickly learn the company’s vocabulary?

Culture: How could they learn about the company’s history, vision and values?

Resources: Given that guidelines can lead to information overload, and roles are eventually lost, how could new hires find truly useful company resources during their onboarding process?

Integration: How could they ask the right questions in order to be quickly integrated with their teams?

That was when an application that brings together the 100 major company jargon was born. It was used by all new employees to learn the company language.

We understand you might be asking yourself: How was this application developed? Based on what learning theories was the app designed? Why was gamification adopted, and how was it implemented?

You will find the answers to these questions in the next session when we talk about Bravi’s journey with MobileTech.

Journey: from technology to algorithm

Facing the mission to build a mobile learning app that would quickly teach the company’s jargon and culture to new employees, Bravi’s team analyzed the project specs to understand how to get the idea off the paper and into their hands.

The app’s development process was challenging as it required Bravi to choose the right technology, and to consider the scientific basis for mobile learning techniques to design the user’s interaction with the app.

Does it seem too complex? Ok, so let us explain it.

The first decision involved the choice of technology to use. Should it be a native or a web app?

Both options have their advantages and disadvantages, and defining the best technology is essential to save resources, streamline development time, and facilitate code maintenance.

For this specific project, Bravi decided to go with a web app.

This decision allowed the team to develop a fast, inexpensive and functional cross-platform application. This way, meeting all the criteria set by the client in the project design phase.

The game was built in a simple structure, since web applications have limited access to the native resources of the device.

Faced with this technological limitation, the main challenge arose: how to deliver an application with functionalities that could quickly educate new hires?

The solution found was to create a game that would provide the user with a card for each one of the 100 company jargon, explaining each term and providing a usage example.

The idea was for the user to inform his level of confidence on the content knowledge: high, medium or low confidence.

Based on the answer, an algorithm would define the frequency in which that specific term would be displayed back to the user in comparison to other terms, in order to facilitate knowledge retention.

Here we can observe two scientific foundations related to this strategy.

The first concerns the forgetting curve theory introduced by the German psychologist Hermann Ebbinghaus, in the 1880s.

This theory draws a curve of the human memory, and shows how information is lost over time when there is no attempt to retain it. Ebbinghaus defended that we tend to forget what we have learned in a matter of days or weeks, unless we revisit the content a couple more times.

Surely you have already learned things in life that you no longer dominate due to a lack of practice. We can all relate to it when it comes to passwords, recipes, as well as for company jargon, for example.

Coupled with this understanding that memory must be exercised, the algorithm has brought another scientific concept: the Leitner system, introduced by the German science journalist Sebastian Leitner.

Following the Leitner system, the app’s cards were set to be displayed in an order that takes into consideration the level of confidence informed by the user.

The result is simple, and yet impactful for learning: the higher the level of confidence the user has about a specific content, it is less likely that content will be displayed to him again.

Now, how does all this translate into practical information for the user? How can the user interact with these cards? We’ll better explain this next when we talk about the app’s user experience.

Experience: it works because it is intuitive

Now that you know how Bravi created the app for the client, a company that is a global leader in developing solutions for smartphones, processors and wireless routers, let us explain a little bit more about how the game’s user interaction works – and why the app ended up being such a success case.

First of all, we need to emphasize the innovative element of this learning initiative when it comes to user interaction.

Having the app at their fingertips, the client’s new hires didn’t have to go through dull hours of training or invest days reading complex and extensive manuals on a variety of topics.

As soon as the users open the app, they are presented with two buttons on the home screen: play and glossary.

By tapping on play, cards start being displayed in the device’s screen, while the app encourages users to indicate their level of knowledge confidence on each concept. The user can choose between high, medium, or low confidence.

This answer is then interpreted by the algorithm, which uses this information to define how often each card would then subsequently be redisplayed in the game.

After interacting with a sequence of cards, users can access another section of the app, where they can find reports and performance indexes to analyze their learning progress.

During this learning process, as users perceive progress being made, by seeing the rates go up, they tend to feel motivated to continue improving.

In addition to the game, the app has another feature that has proved to be hugely useful to new employees: a glossary of terms.

Anytime a jargon is presented, the employee can open the application and consult its meaning as well as its usage in a sentence. On top of helping users to answer quickly, the glossary avoids embarrassment with other colleagues and reinforces learning.

Prior to distributing the app to all employees, Bravi and the client conducted a full user experience research with a select group of employees in the UK, India and China.

Based on the research insights, Bravi made changes to the app, improving features that proved to be difficult, or confusing to use.

For example, some users reported not being able to understand the purpose of having different card colors. Although it was related to the type of deck being presented, some users perceived the colors as being indications of the level of difficulty of the term.

This way, Bravi was able to ensure that the usability of the platform was as good as possible. In practice, it means delivering a satisfying experience to users – one of the criteria Bravi highly values on app development.

By implementing the application to the routine of new hires, the company that hired Bravi was able to transform its integration process.

Before the app existed, it used to take quite a long time for a new hire to understand all the processes, dynamics and, especially, the jargon used by the company.

Having the app at his fingertips, any employee in his early days could clear up any doubts about company jargon.

In addition, the app saved time that would be devoted to teaching all these terms to new hires, making their routine more practical and assertive.

In fact, this partnership between Bravi and the client worked so well that it turned into a long lasting relationship.

This is what the company’s Senior Director of Mobile Learning attested in acknowledging the results of the partnership:

“We always look for the best and most innovative apps for our employees. We have been developing apps with Bravi for years now, since they always deliver strategically inspiring results and a great user experience.”

Cool right? This is exactly the kind of result that inspires us! 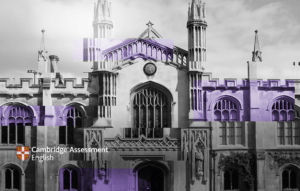 Cambridge Assessment English wanted to excite English language students around the world, so they brought a challenge for Bravi. Now, understand how we completed this mission. 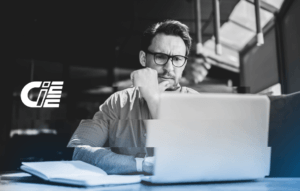 CIEE needed to customize Canvas, a new LMS tool, and called Bravi to help with it. See how our relationship with the company began.

Read the case
how we do stories