Native, hybrid or web app? Understand the advantages and disadvantages of each technology. 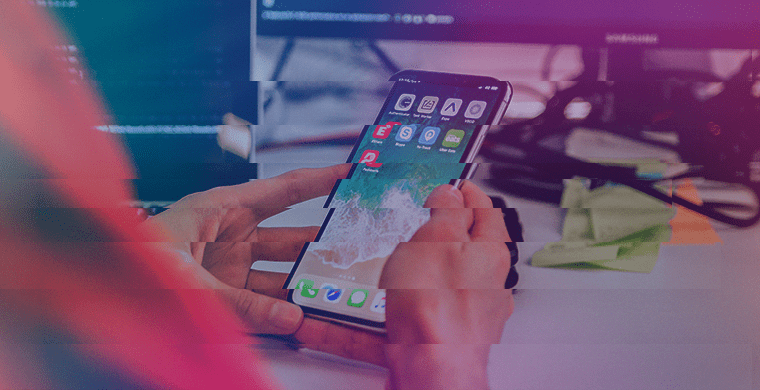 Native, hybrid or web app? Understand the advantages and disadvantages of each technology.

Whether you want an app to offer services or to build customer loyalty: The first step is to choose between developing a native, a hybrid or a web app.

Got confused? Despite the unintuitive names, understanding these terms is simpler than you imagine. In this article, we will simplify everything for you, so you will be able to make the best decisions with your developing team.

But before that, you must understand the consequences behind this choice.

Choosing the right technology for the solution you want to implement is a decision that will profoundly impact the end result: performance, usability, functionality, speed, availability, cost… all of this is impacted by this initial definition.

Plus, this isn’t an easy choice. There is no one size fits all in this case. Each one of the options have advantages and disadvantages, and it is up to you to understand the differences before investing time, energy and money in any of them.

In this article, you’ll understand when you should choose a native app, when to opt for a web app, and when to adopt a hybrid app.

Let us explain how the three of them work in practice:

The native app is the traditional app: the one you download directly from the Apple Store or Google Play Store. It is developed based on the operating system in which it will run, and uses the device’s native features for its operation, such as camera and GPS.

The advantages of this type of app are related to the fact that they are custom developed and unique to each platform.

Since native apps are custom built for each platform and need to be downloaded to run, they are faster and more reliable than other app types.

At the same time, native apps offer a better user experience than the other types of apps, as they use native device functionalities and library integrations.

Finally, another advantage of native apps is the ability to use them offline. In some cases, app updates depend on having a stable internet connection, but users can usually access most of its core features offline.

The disadvantages of the native app are not related to its use, but to its development. It takes more time than others to develop, as it needs to be custom designed for each platform.

In addition to being time consuming, its development process is more expensive than the other two technologies. Its consumption of the internal device storage is also higher than the web app and the hybrid app.

The other downside is app validation. Each app store (Apple and Google Play) must authorize and validate the app before distributing it.

Unlike the native app, the web app is not a real app and it is not distributed via the Apple or Google Stores.

In fact, the web app is a site designed exclusively for smartphones and tablets. It recognizes the device the user is accessing it from, and adapts to it.

To access the web app, the user uses the operating system browser such as Google Chrome or Safari.

Check out the advantages and disadvantages of a web app:

The main advantage of a web app is related to its development costs.

Since the web page that embeds the web app can be accessed from any browser on any operating system, designing it is easier, faster and cheaper than a native or a hybrid app.

Also, users don’t have to download the web app. Thus, it does not consume the internal storage of your device.

Disadvantages of a web app

The disadvantages of a web app are related to the functionalities offered to the user, especially when compared to native apps.

Even though technology has evolved and it is now possible to send notifications to users in web apps using platforms such as Firebase, for example, web apps can’t usually access the device’s native features, such as the camera and the GPS.

In addition, web apps run slower than native apps, which are customized for each operating system.

Another disadvantage is its dependence on an internet connection. If you are not signed in, you will not be able to use the application.

Finally, as it is not a real app, it is not distributed in stores, and it requires extra promotional work to reach users.

Hybrid App: the middle ground between native and web app

As its name implies, the hybrid app is a compromise between the native app and the web app.

Just as the mobile site, the hybrid application is built on HTML5, CSS and Javascript. The difference is that the code is allocated to integrate the features offered by the device.

This way, it offers a better user experience than web apps, but not yet as complete as the native apps.

The hybrid app tries to get the best of both worlds, which could make a lot of sense for the solution you need to build.

Advantages of a hybrid app

Since it is half native and half hybrid, part of the programming language can migrate from one system to another. There is no need to completely customize the code.

Compared to the web app, the hybrid app has the advantage of accessing the device’s native features as well as having more functionalities available. It can also be distributed to users via the app stores.

Disadvantages of a hybrid app

The disadvantages of the hybrid app lie in its narrower functionality and design when compared to the native app, which is unmatched when it comes to user experience and usability.

In relation to web apps, the disadvantage is the price and costs to develop, which are slightly higher when directly compared.

Could you tell what’s the best solution for you?

How to choose between a web app, a hybrid app or a native app?

Now that you know the key differences, advantages and disadvantages of each technology, all you need to do is to choose the best solution for your needs.

But perhaps that decision is not yet clear to you. If this is the case, you need to list your priorities.

In order to make your life easier, we’ve put together a small step by step list below:

Imagine for a moment that you have ten red balls, and you have to put them in one of two empty baskets.

In the first basket it is written great usability.

In the second basket, it says low price.

The more balls you place in each basket, the greater the relevance you give to each factor.

So, how would you distribute the ten balls?

If you put at least 8 balls in the great usability basket, your choice would be to develop a native app.

If, on the other hand, you put at least 8 balls in the low price basket, the web app is the solution to your problem.

Now if you put a 7 balls in each basket, it might be more interesting to you to opt for a hybrid app.

See, now this decision does not seem so difficult to take, right? The decision will depend on your priorities and how the app will solve your problem.

We hope this article has answered your questions. Did you remember of anyone while reading it? Is so, then share it with them!

Do you still have questions to ask? Then leave a comment or contact us, we will be looking forward to helping you out!

Gamification in education: what it is and how to apply it 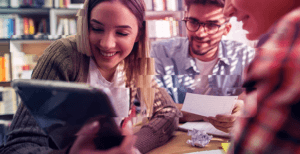 What is mobile learning and how it can help your business

Mobile learning means using mobile devices to learn, such as tablets and smartphones. 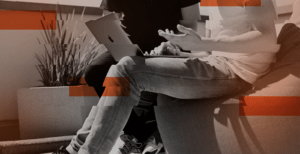 Is your company data-driven? Discover in 5 steps how to empower and train your team

When data-driven is incorporated into the company's day-to-day activities, data takes over the organization and guides the...

Read more
how we do stories